Normalise talking about sex and sexuality

(She has over two years of experience as Counseling Psychologist. Her core focus areas include Neuropsychology, Transpersonal Psychology, Counseling and Positive Psychology.) 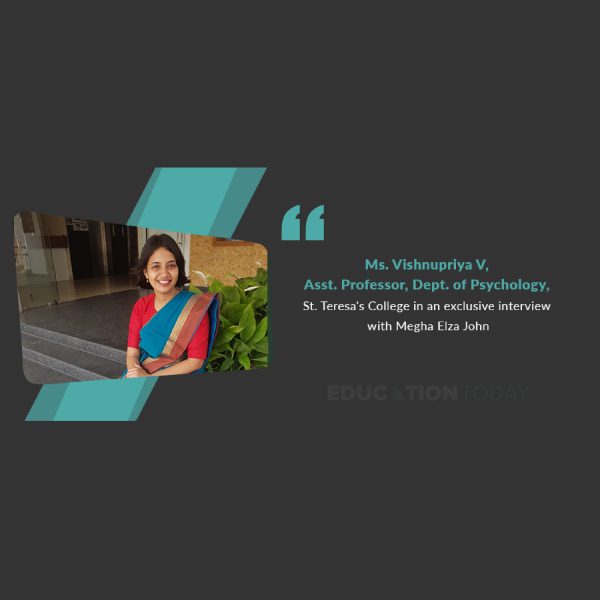 There is a popular notion that sex education is a bad influence of the western culture. How do you respond to that?

Knowing your body does not come from Western or Eastern philosophy. You are a human being irrespective of your gender or religion or whatever. So it becomes important that you know about yourself, your body first. I think that is a basic awareness we should start our life with. Sex education is very important and is getting relevant with each passing day. It is important that you make them aware because there is this curiosity attached with it. We try to explore things which are always hidden, secret and that curiosity builds on. So it is important that you tell the children openly about it, you kill that extreme curiosity so that the child is okay with it. If you don’t normalize, there is no point.

Lots of sexual abuse cases are being reported now, out of which many are POCSO cases. The most disturbing fact is that many of these children don’t even know that they are being exploited because of the insufficient knowledge about their body. Do you think that we are failing our children by shushing all the relevant talks about the body?

I think there is a shift already. Ten years back while I was in college, things have changed from there. Today, people are more open about things. Because you have mentioned that some people find sex education inappropriate, I think that is a matter of concern. Then, we are definitely failing our generation because you have to teach the child, make them aware.

The communication should start from the family itself. Your parents tell you that you are growing, you might hit puberty soon, these are the changes that you might find in your body and similarly that extends to schools also. It is a support, the child is supported in every way so that they grow well.

Lot of children, when they get into their teenage years, have this curiosity about the changes happening in their body, both physically and emotionally and they don’t know whom to ask for guidance. Ultimately, they end up getting information from wrong resources. Don’t you think parents should also be educated along with the students?

Definitely. I agree with that. I don’t remember where I read this but there is this ritual in China where boys visit the girls’ washroom and girls visit the boys’. Educating from that level is very important. I think in Western culture, people are more open about these things. That kind of openness and honesty must be there with the Indian parents as well. Like I said, everything goes back to that secrecy. The moment you remove that secrecy, everything is normalized. You don’t see it in a different light, you don’t try to find it through different sources. Now, we can’t help it because we have a huge effect of the internet on us, that is reality. But then at the same time, it is the parents. Because becoming a parent is a responsibility for life, you can’t run away from that. You’re also growing with the child, you are becoming a witness to every phase of their life. So you have to educate your child in every possible way. I think these conversations happen in the Western culture. Instead of shushing their child, they talk about it. But things are changing here, one step at a time. That gives hope.

The number of people taking up professions such as sex therapists, educators are comparatively low here. Why do you think that is happening?

I don’t see that profession is wrong at all. In a society where people don’t even talk about sex, do you think people will welcome these kind of professions? Because ten years back, only two colleges offered psychology. Today things have changed, we can witness a shift happening. But still, there is a possibility of people having a negative attitude towards it, it may not be explicit but there will be inside talks for sure.

Do you think we need atleast one sex counsellor for every school in Kerala?

Yes, definitely. I would prefer educating children both at home and also schools. Because, it is in schools that a child gets immediate exposure and they understand the world around them. Since, sex education is very important, a counsellor related to that should be available in every school.

Differently abled children are often misinformed about sexual matters which leads to a higher risk of them being sexually abused and performing unsafe sexual practices. Do you think there is enough help provided to them in terms of counseling?

In my career, I’ve not had a chance to come across any such cases. But, I personally feel that this is a very sidelined area. These children are not provided with needed help and counseling. There are hardly any discussions happening around this matter. Awareness should be given to parents and teachers about these issues. Differently abled people have the same amount of feelings and emotions like every other person. They should be given proper awareness on how to address those feelings.

I started this profession because I felt I did not find the right kind of help. This is when I understood society needs more people and I thought why can’t I be that person. Counseling is an umbrella term and I think counselors and psychologists are still struggling in India. Practically speaking, it is easy to speak, conduct seminars and create awareness but is it actually happening? More initiatives are taking place but we have to think that are we being more responsible or is it just for the sake of showing.

Way of addressing these issues have changed. More people have become open about it. But, the pace is slow.

Important Things to Keep in Mind While Choosing a Career