Development of Health, Sports and Physical Education in India. 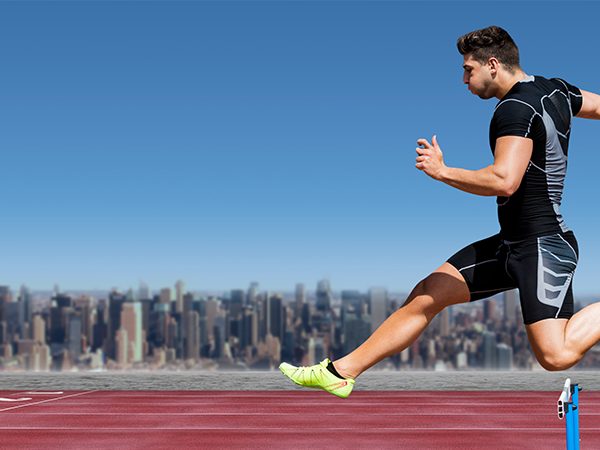 Physical education plays a key role in the development of a student’s life. It helps in developing students’ competence and confidence, and helps them to take part in a wide range of physical activities that are crucial to their lives— both in and out of school. The importance of physical education programs is to help students to develop a wide range of skills as well as gives them the ability to use tactics, strategies, and newer ideas to perform successfully both at home and school.

In India it is considered that Health and Physical Education must continue to be a compulsory subject from the primary, to the secondary stages, and as an optional subject at the higher secondary stage. However, it needs to be given equal status with other subjects, a status that is not being given at present. To transact the curriculum effectively, it is essential to ensure that the minimum essential physical space and equipment are available in every school and that doctors and medical personnel visit the school regularly.

A typical day at in an Indian School begins with all the students marching on the school grounds followed by regular callisthenics. Two classes of physical training periods are compulsory for each student every week. Apart from learning the intricacies of various games, sports and physical education, the students develop physical stamina essential to life. We also believe in the motto, “A school which plays together, stays together.”

Many welfares are obtainable from physical education and there are a few schools that have managed to strike the balance between academics and physical fitness.

Schools in India that provides physical education of all-around growth and sports from an early age have understood the importance and that sports help in the development of bones and muscles. It also helps to keep you active, healthy, fit and prevents obesity. So, keeping in mind Indian scholars and researchers focused on physical education. Historical point of view physical education starts after 1820 when a school concentrates on gymnastics, hygiene training care and development of the human body. In the year 1950, over 400 institutes of physical education had introduced.

In the time of the Vedic Period, common sports in India were archery, horse riding, hunting, military fights and chariot-race. Physical activity was not for pleasure, but was preparation for war. Yoga began in the Vedic Period. Pranayama being an example. Pranayama is a breath control exercise. In the Epic Period, Indian manipulation can be found in the Ramayana and Mahabharata developed during the period. Both Mahabharata and Ramayana reveal that this is the period of great disturbance and wars. They promoted mind gaming like “dice” and “chess”. Physical Education was a compulsory during that time. Archery, javelin, animal fights, wrestling were the main physical activities of Epic period. Nalanda Period was a great learning period, where perceiving education was the different corners of the world. In this period physical education was at its peak, students studied physical education for keeping physically and mentally strong and also maintained good health. It was the duty of everybody to perform Pranayama and Suryanamaskar every morning without any exception, during the whole year. In the Rajput Period, the main sports were hunting, swimming and animal fighting. During the Muslim period, animal fighting was very popular.

In Modern India, the development of physical education was at its top. Govt. of India founded the Tarachand committee in the year 1948. Ministry of education, Govt. of India, established the central advisory board of physical education in 1954, meanwhile in the same year All India Council of sport was established with the express purpose of suggesting the development of physical education. The founder of the National Discipline Scheme was General Bhonsle. He developed National Discipline Scheme in the year 1954, he was deputy minister of the Rehabilitation centre.

Lakshmibai College of physical education played a special role in the development of physical education in India, which was opened in 1957. In the year 1958 sports and youth welfare department was opened. In the year 1960 Koul Kapoor committee was deputed to Rome Olympics, and the National Institute of sports of Patiala was established in 1961 at Moti Bagh. In 1965 new venture called as National Fitness corps was set up. In 1970 Rural-sports tournament scheme was launched National sports championship for women were started by Govt. of India in the year 1975.

In this 21st century, COVID-19 has affected the lives of nearly every person around the world. The difference between personal or professional lives has narrowed due to work-from-home. People have also been pondering over a vital concern being at home, i.e., the importance of their health and fitness. The sudden lockdown badly affected people’s life style, mental and physical health.

Since the onset of this disease, people been confined to their homes, which has not only resulted in various psychological health issues but also challenged their physical fitness and health. But nowadays Physical Education activity classes are given in online. Educators need to be trained in a web-based environment before their online teaching. It is not easy to conduct online practical classes. The practical exercises, or activities, including yoga, dance sports, swimming, and aerobic dance, are today happening on web-based modes: video or real-time lecture.

Regular exercises and playing games help the body and mind to deal with the lifestyle. Disease, such as stress, strain, worry, anxiety and tension. The need and importance of physical education may be understood in several ways which describe the different kinds of requirements for various sections of society.

Why Do We Need to Start Reading Aloud To Our Kids?