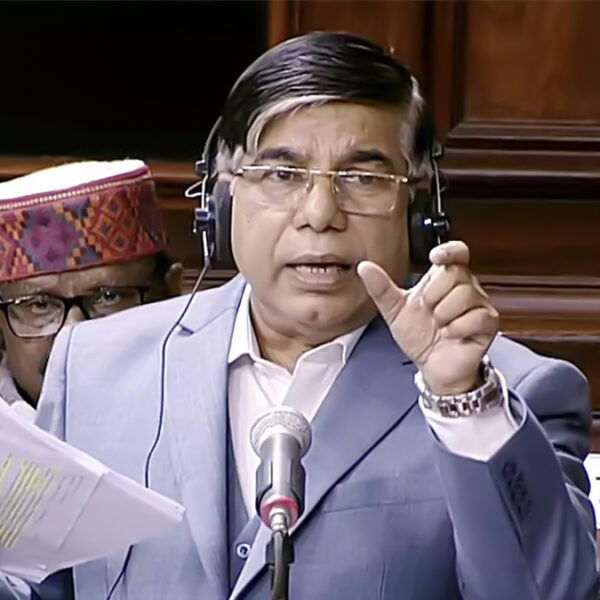 Union Minister Subhas Sarkar on Saturday said the aim of the government is to make the country a global knowledge superpower. Mr Sarkar, the Union Minister of State for Education, said this while addressing the 5th globalised education forum of the Indian Chamber of Commerce where he dwelt on the topic ‘Revisiting the idea of Internationalisation – Global to local.’ “Our mission is to make India a superpower in the educational sector as the country has formulated a multi-disciplinary education system having the internationally relevant curriculum which will help in generating employment,” he said.

“Today India has not only the potential to be the knowledge centre of the world with the highest number of educated youths, but it is the skill capital to take the country forward which can be accomplished by imparting education on global scale,” the doctor-turned-minister said. Union Minister said the National Education Policy 2020 will attract international students to make India a global hub, giving autonomy to faculty. “There is a demand and the central government is providing a forum to provide assistance to internatiomal students,” he added.

After the NEP 2020 came into being, it brought changes by curating a flexible curriculum and education system to give a holistic education to the students, he said. Mr Sarkar said 49,000 students have come to India to study in our educational institutions in recent times and 10 lakh students have gone abroad. India is a popular destination for countries in SAARC and Africa particularly, the union minister added.

“Today India has a large number of capable youth, we have a skilled human resource capital who can become the engine of development of world,” Mr Sarkar said underscoring that India is now on the cusp of internationalisation of higher education which promotes hearing of best academic and research practices through interaction with the diverse education system. The minister referred to the inclusion of several Indian higher educational institutions in international rankings and said globalisation is one of the most transformative forces which altered localisation.

Mr Sarkar, the Bankura MP, said the Narendra Modi government had always been ready to reform and transform and think about ideas in a positive manner. He said as part of the globalisation objective, prestigious Indian institutes are now setting up offshore campuses and India will become one day the global knowledge powerhouse