MBBS Seats Increased By 87 Per Cent, PG By 105 Per Cent During NDA Rule: Union Health Minister 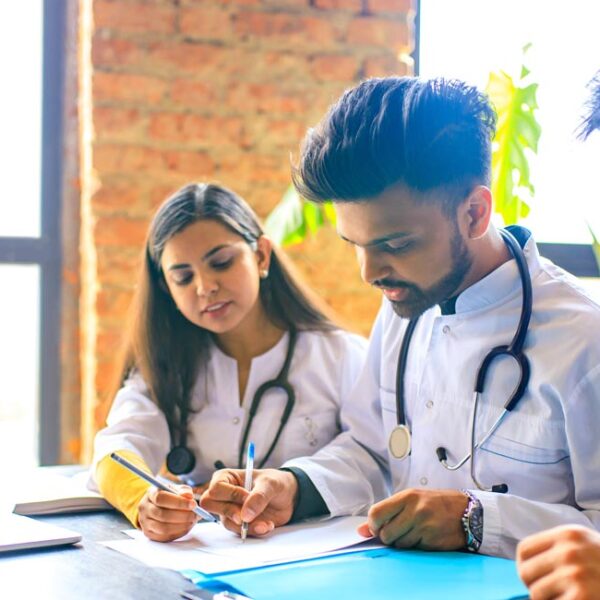 The number of MBBS seats has increased by 87 per cent and that of PG by 105 per cent in the last eight years, Union Health Minister Mansukh Mandaviya said on Thursday. While interacting with reporters outside Parliament, Mr Mandaviya emphasised that since 2014, several steps have been taken to ease access to quality education in the country for the younger generation. He underlined the impact of several initiatives taken under the National Democratic Alliance (NDA) regime and said, change can be seen happening at every nook and corner of the country. With this momentum and coordination among stakeholders, a holistic ecosystem of education will be created in the country.

Highlighting the change in the medical education sector, Mr Mandaviya said, “While India had a limited number of 387 medical colleges in 2014, the system was riddled with far too many problems.” “There is a paradigm shift from input-based to outcome-based approaches and reforms under the Modi government. Consequentially, we now have 648 medical colleges in 2022 with a whopping 96 pc increase in the number of Government Medical Colleges (GMC) alone and a 42 pc increase in the private sector, since 2014,” he said. “At present, out of 648 medical colleges in the country, 355 are government and 293 are private,” Mandaviya added.

To create 4,000 PG seats in the GMCs, in phase II, a total of 47 colleges have been approved with an increase of 2,975 PG seats, he added. To correct regional imbalances in the availability of affordable and reliable tertiary healthcare, Pradhan Mantri Swasthya Suraksha Yojana (PMSSY) was launched, which targets the establishment of All India Institute of Medical Science (AIIMS) like institutions and the upgradation of existing GMCs by establishing super-speciality blocks in a phased manner, the minister said. 22 new AIIMS and projects for the up-gradation of 75 government medical colleges were taken up under the scheme, he said.

A common entrance test- National Eligibility cum Entrance Test (NEET) for ‘one country, one examination, one merit’ system introduced in 2016 with a common counselling system allowed students from anywhere in India an opportunity to study in any medical college in the country based on merit, he said. National Medical Commission (NMC) was also created to replace the highly corrupt body of the Medical Council of India (MCI). Before the NMC Act, there was no legal mechanism to regulate the fee charged by private colleges. “Now the guidelines in respect of fees for 50 per cent seats in all colleges including Government, Private and Deemed Universities have been released by the NMC,” Mr Mandaviya said.

Parallelly, reforms are ongoing in the sectors of nursing education, dental education and allied and healthcare professions, he said. “During Covid, we saw that our medical workforce played a crucial role of Covid warriors, but faced several challenges too like access to classroom education etc. In this regard, several steps were taken, DIKSHA platform (one nation, one digital platform) was one of them. It is the nation’s digital infrastructure for providing quality e-content for school education in states and Union Territories,” he said.

“QR-coded Energised Textbooks for all grades are available with 35 of the 36 states and UTs have now boarded on the platform and contextualised the content as per the local need,” the union health minister stated. He said, “Televised lectures for classes 1-12 through one class, one channel of Swayam Prabha initiative was well appreciated.” Other initiatives like Radio, Community Radio and CBSE Podcast- Shiksha Vani, special e-content for the visually and hearing impaired developed on Digitally Accessible Information System (DAISY).

In sign language on the NIOS website and YouTube and MANODARPAN’s initiative to provide psychosocial support to students, teachers and families for Mental Health and Emotional well-being were taken during the COVID pandemic, the minister said. Listing a few flagship initiatives of the Government of India, Mr Mandaviya said, “Through Swacchhta Abhiyan itself, 4.5 lakh toilets were made in schools and the drop-out rates, especially for girl students have substantially decreased from17 pc to 13 per cent in the country.”