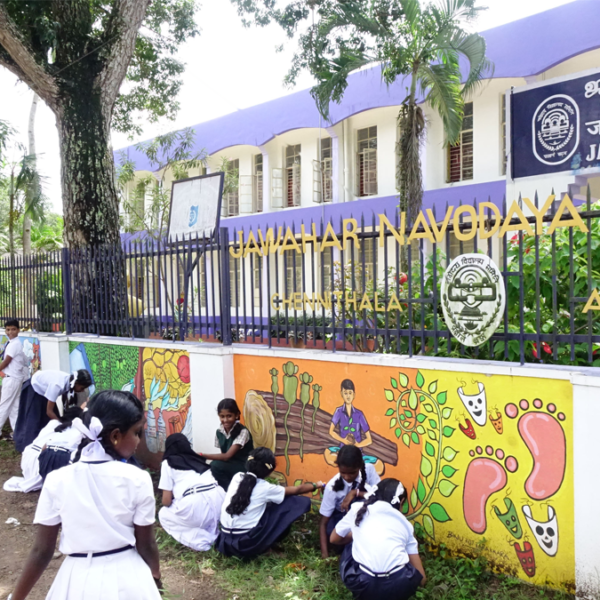 Jawahar Navodaya Vidyalayas (JNVs) were the brainchild of Rajiv Gandhi, our former Prime Minister. The idea of opening a JNV in every district of India was part of the National Policy on Education (NPE), 1986. These are central government schools for talented children predominantly from rural areas. JNVs are run by Navodaya Vidyalaya Samiti, an autonomous organization under the Ministry of Education (MoE). These are fully residential co-ed schools affiliated to CBSE with classes from VI to XII which provides education free of cost for its students during seven years of stay.

For each JNV, there is a Vidyalaya Advisory Committee that looks over the matters of academics, infrastructure and general functioning of the schools and a Vidyalaya Management committee for budget preparation and proper functioning of schools. Normally, the district collector of the concerned district acts as the ex-officio chairperson of school level committees along with educationists, local political leaders, selected teaching staffs and authorities of the parents’ council.

The selection process for Jawahar Navodaya Vidyalaya is based on a test that is designed and administered by the CBSE. The test is called the Jawahar Navodaya Vidyalaya Selection Test (JNVST). It is nonverbal and is created to ensure that gifted young people from remote areas can participate without being at a disadvantage. A special effort is made to guarantee that youngsters from remote places can easily and inexpensively obtain admission forms. A sufficient amount of awareness is spread via Doordarshan, All India Radio, regional newspapers, brochures, Vidyalaya websites, and visits by Navodaya Vidyalaya principals and instructors to the neighborhood schools in the district.

Given below are the topics that are covered in the JNVST:

JNVs has consistently produced the best results in CBSE board examinations over the years. The pass percentage of these schools has been higher than any other independent schools, government or even Kendriya Vidyalayas. For otherwise disadvantaged students, these schools stand as examples for providing them with excellent education free of cost.