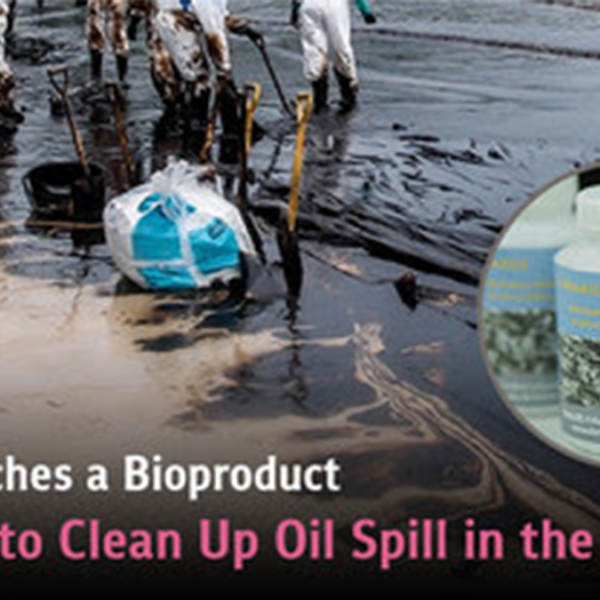 Chula Faculty of Science is getting ready to expand to industrial-scale production while developing bioproducts to clean up oil spills in the ocean from their study on oil-eating bacteria. Another significant disaster that damaged the marine habitat and continued to have an impact on the economy and tourism was the crude oil spill from the subsea oil pipeline in the province of Rayong in the beginning of 2022. Even while numerous organisations have worked to clean up oil slicks from the ocean’s surface and the coastline, there is still some lingering contamination that may eventually harm the ecology and marine life.

Oil-eating microorganisms are one approach to removing leftover contaminants. Under the direction of Associate Professor Dr. Onruthai Pinyakong, the Specialization Center of Excellence in Microbial Technology for Marine Pollution Treatment at Chulalongkorn University has been researching and developing cutting-edge bioproducts to remove oil contaminants from the sea with the goal of commercial production to ensure a sufficient number of products in case of similar incidents in the future.

As a specialist in environmental microbiology, Assoc. Prof. Dr. Onruthai has studied the degradation of environmental pollutants and is interested in oil and petroleum contamination. Additionally, there have frequently been maritime oil spills in the past, some of which made the headlines and others of which did not.

An specialist in microbes, like Assoc. Prof. Dr. Onruthai, does not fail to consider “oil-eating bacteria” that can biodegrade the hazardous chemicals in other types of oil as well as the remaining oil pollutants in the environment when the main issue is the biodegradation process.