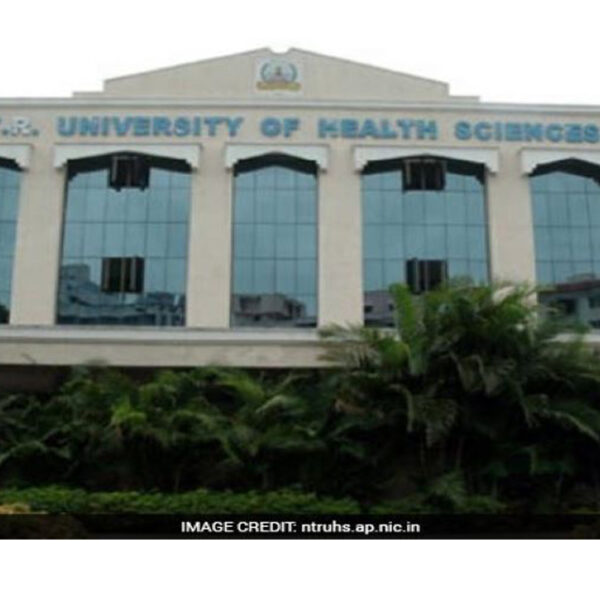 Both Houses of the Andhra Pradesh Legislature witnessed acrimonious scenes on Wednesday as the Y S Jagan Mohan Reddy-led government brought in a Bill to rename the NTR University of Health Sciences (UHS) as YSR UHS. At the end of the five-day monsoon session, the Legislative Council approved the Bill amidst strong protests by the opposition Telugu Desam Party and others.

Earlier, the Assembly passed the Bill after 12 TDP members were ‘suspended’ from the House. Chief Minister Reddy justified the renaming of the UHS, the first such university in the country established in 1986 as a brainchild of Telugu legend and former chief minister Nandamuri Taraka Rama Rao, after his late father Y S Rajasekhara Reddy. “My father was an MBBS doctor. He was the one who initiated schemes like Aarogya Sri, 108 (ambulance) and 104 (mobile clinics). It was he who established three new medical colleges in the state as Chief Minister between 2004 and 2009,” the Chief Minister said.

“This government, his son’s, is now setting up 17 new medical colleges. So, out of the total 28 medical colleges in the state, 20 are due to YSR or his son,” Mr Reddy claimed. During its rule, the TDP had not set up even one medical college, he added. “Should not credit be given to the person who deserves it?” Mr Jagan asked. He said the decision to rename the UHS was taken after thorough consultation.

Mr Reddy claimed he had all the respect for NTR and pointed out that his government named a newly formed district after the legendary actor-turned-politician. The Assembly then passed the amendment Bill without opposition. When it was taken up in the Council, the main opposition TDP members were on their feet, raising a vociferous protest against the government’s move. The BJP also opposed the rechristening of the university. However, Council Chairman Moshen Raju completed the formality amid the din. Both Houses were adjourned sine die.