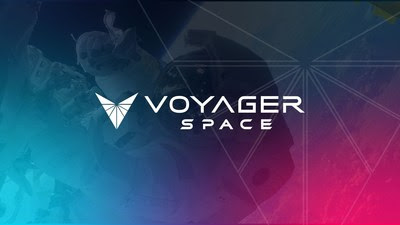 To locate the terrestrial equivalent of the George Washington Carver Science Park (GWCSP) at Ohio State in Columbus, Ohio, Voyager Space (Voyager) today announced that it had chosen a proposal from The Ohio State University, the State of Ohio, JobsOhio, and One Columbus (“Team Ohio”). A key component of Starlab, the firms’ proposed commercial space station, is expected to be the GWCSP, which was built by Voyager and its operational subsidiary Nanoracks. NASA awarded Voyager and Nanoracks a $160 million contract in December 2021 for the design of Starlab as part of its Commercial Destination Free Flyers (CDFF) initiative. The GWCSP is the world’s first-ever science park in space, operating today on the International Space Station (“ISS”). In order to progress both scientific and economic initiatives, the GWCSP makes use of a proven terrestrial business model where scientists and industry specialists collaborate, share findings, and deploy new technologies.

To realise the development of the GWCSP terrestrial lab, Team Ohio and Voyager came to an agreement on a two-phase programme. The Ohio Department of Development and JobsOhio are still reviewing and approving incentives for the project. A building at Ohio State’s College of Food, Agricultural, and Environmental Sciences will serve as the project’s launchpad this year. The groups intend to break ground on a standalone building on the Ohio State Aerospace and Air Transportation Campus, which is home to the Knowlton Executive Flight Terminal and Education Center, the Ohio State Aerospace Research Center, The Ohio State University Airport (KOSU), and a variety of corporate, governmental, and private aviation and aerospace activities.

According to Dylan Taylor, chairman and CEO of Voyager Space, Ohio is the “birthplace of aviation” and “has a deep-rooted heritage in aerospace and defence innovation.” “It is obvious that Ohio provides the best setting for a terrestrial facility to aid in the long-term development and use of George Washington Carver Science Park. We are happy to be working with Team Ohio on this fascinating initiative since Ohio’s business researchers, operators, visionaries, and space change makers will have the power to influence and motivate enterprises undertaking aerospace research and development.”

Share. Facebook Twitter Pinterest LinkedIn Tumblr WhatsApp Email
Previous ArticleCUET-UG Results 2022 Out, Universities To Prepare Own Merit Lists
Next Article WISH: The healthcare professionals in Saudi Arabia believe that leadership and training are crucial for the future resilience of the health system.