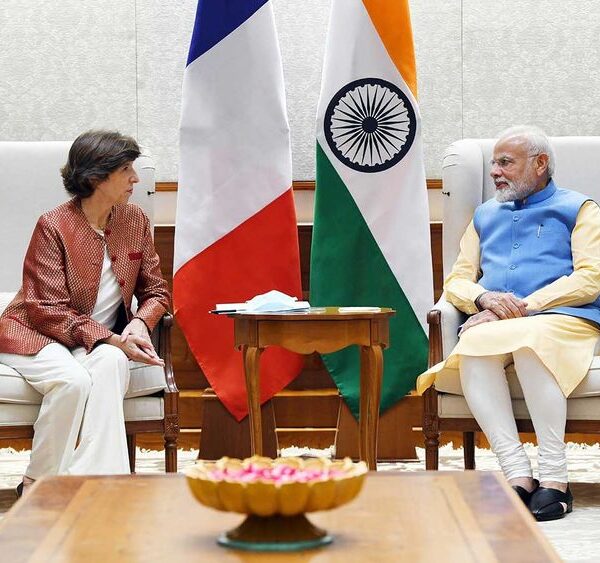 French Foreign Minister Catherine Colonna declared on Wednesday that her country hopes to accept 20,000 Indian students by the year 2025. “In order for us to meet this goal, we need to enrol 7500–8000 new students each year, increasing the real enrollment by 50%. It has a big goal. However, the sky is the limit between France and India, stated Colonna, France’s Minister for Europe and Foreign Affairs, in a conversation with Lady Shri Ram College students.

She said that the number of Indian students studying in France has rebounded after the pandemic’s initial decline, adding that interest among Indian students in the country is “as high as ever.” “France will welcome almost as many Indian students in 2022 as it did in 2019, when more than 5000 students finished the application process for long-stay study in France,” she said. Colonna also praised France’s student financial aid initiatives, noting that many Indians also profited from them. 500 Indian students received scholarships from France totaling a record-breaking €1.6 million this year, an unprecedented level of support. Through the French Indian Education Trust, private firms funded the scholarships. She emphasised the need of gender equality throughout her interaction with the children, not just in education but also globally. “I think that men and women complement one other. And if there were more women in important roles, the world would be more balanced and harmonious, she added.

She emphasised the close bilateral connections between the two countries in front of the 25th anniversary of India-France strategic partnership in 2023. “Our nations naturally share values like democracy and the rule of law. But also how we relate to the rest of the world, whether that be through our great sense of beauty and refinement in the arts, including gastronomy, our fascination with history, or our outlook on the future. Her first overseas journey as a minister is a three-day tour to India. On September 14, she would also speak with S Jaishankar, the minister of external affairs, “on bilateral, regional, and international topics of mutual concern.” The minister’s visit to the institute was also attended by Emmanuel Lenain, the French ambassador to India.

JEE Main : Admit card for those appearing on 25th today