Unreal has now authorised EDGE by Pearl Academy as a centre 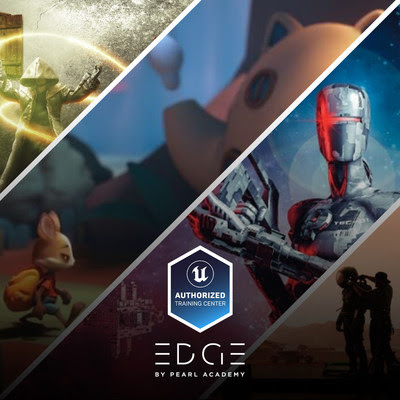 EDGE by Pearl Academy has been approved as an Unreal Technology training facility. Unreal Engine is the most open and sophisticated real-time 3D engine on the market right now for developing immersive experiences. Popular video games like PUBG and the Star Wars Mandalorian series have also been created using it. The two distinct Unreal Engine courses on Virtual Production and Metaverse Game Design are being offered for the first time in India by EDGE.

The campuses of Pearl Academy in Bengaluru, Mumbai, and Delhi will all offer EDGE courses. Leaders in the media sector, notably Dr. Nalin Mehta, President, who formerly served as the CEO of some of India’s top media companies, and CB Arun, Academic Director and National Award-winning Animation Artist, created EDGE. In an era where the Animation, Visual Effects, Gaming, and Comics (AVGC) sectors are flourishing and undergoing a shapeshift due to digital disruptions, EDGE programmes are concentrated on developing the next generation of digital artists in these fields.
We are seeing a convergence of the gaming, film, and animation industries, and there is a huge demand for top-notch talent. We are very proud to be an Unreal authorised training centre, and EDGE is committed to providing the best global skills that the industry needs, said Dr. Nalin Mehta, President of EDGE, when discussing the Unreal authorised centre. The best worldwide education is offered to students by EDGE to help them launch their careers. The greatest AVGC educators in the world deliver them. For instance, EDGE-Trazos courses are global Master degree programmes that are co-delivered by Trazos and are ranked No. 1 in Spain, among the Top 3 in Europe, and Top 7 globally. The courses include ones in Autodesk Maya animation, NukeX compositing, Houdini visual effects, and videogame production.