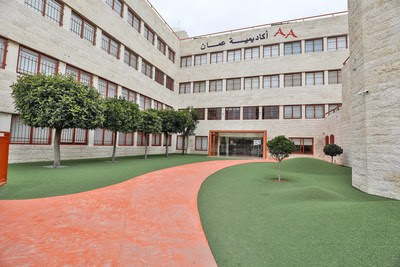 One of the best international schools in Jordan in the entire world, Amman Academy was designated an IB World School in 2006. It is a private IB Pre-K through Grade 12 day school that teaches students from the ages of 3 to 19 in both English and Arabic. One of the few Jordanian schools authorised to teach the IB Diploma Programme, Middle Years Programme (MYP), and Primary Years Programme is Amman Academy (PYP). The school is situated in the well-liked Khalda neighbourhood in the centre of West Amman. The school’s average International Baccalaureate score in 2022 was 40.4, and its pupils consistently earn exceptional ratings (global average: 31.9). While 13.3% of Amman students received a perfect score of 45 points out of 45 in 2022, 60.4% of students scored more than 40 points.

The finest colleges in the United States, Canada, and the United Kingdom, such as Oxford, Cambridge, University College London, Harvard, Yale, Stanford, and McGill, often accept students from Amman Academy. The school has some of the best facilities in the area, including the “Amman Academy Theatre,” a brand-new, cutting-edge theatre with 437 seats that is a first-of-its-kind theatre and is regarded as a cultural landmark in the neighbourhood. Aside from the school’s 2,000-seat campus expansion, other noteworthy amenities include an indoor pool, outdoor basketball courts, a gymnasium, two soccer fields, and an indoor pool.

Share. Facebook Twitter Pinterest LinkedIn Tumblr WhatsApp Email
Previous ArticleReading and math scores for 9-year-olds have declined since the outbreak of the pandemic
Next Article Benefits of Fitness and Exercise on the Brain and the Body