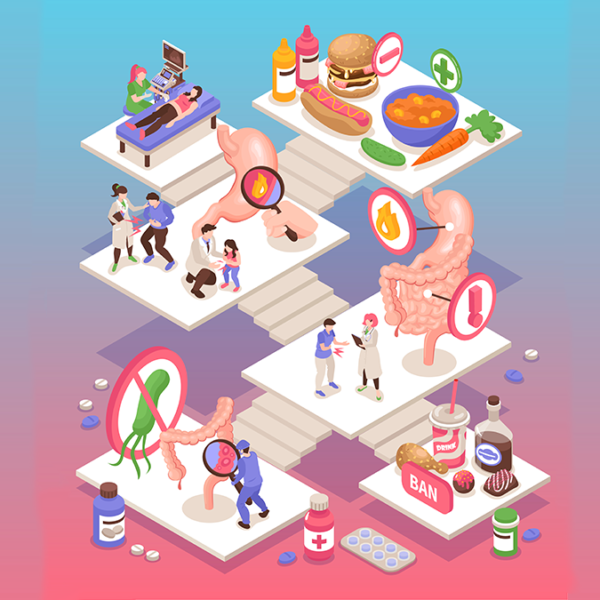 The sustenance of a human being relies on several factors and food is one among them. The Constitution makes the Right to Food a guaranteed fundamental right to each one of its citizens but isn’t it high time this fundamental right is amended and modified according to the urgency of the situation? The safety of the food we intake is an important health, social and economic issue. According to the World Health Organization (WHO), an estimate of 2.2 people are killed annually due to food and water borne diseases out of which 1.9 million of them are children.

The Prevention of Food Adulteration Act, 1954 governs food adulteration in India. In accordance with the Food Safety and Security Act of 2006, the Ministry of Health and Family Welfare established the Food Safety and Security Authority of India (FSSAI) to regulate the scientifically based standards for food as well as for manufacturing, packing, storing, distributing, importing, and selling to ensure the high quality of food. This Act was put into effect to create a common platform for food quality for a variety of food goods.

In spite of having all these acts and organizations that could prevent the dangers and health hazards of stale food, there was an alarming rise of 60% in the cases reported. Adulteration happens in almost everything- groceries, medicines, even milk and honey. There is a steady flow of adulterated food into Kerala from neighbouring states Tamil Nadu and Karnataka. The huge demand of vegetables from Kerala came as a lucrative opportunity for Tamil Nadu and we were blissfully unaware of the growing use of pesticides and fertilizers in imported vegetables. Chemical pesticides are used extensively to increase the shelf life of the produce. It was only because of the rising awareness of the health issues caused by these chemical inputs, the idea of organic farming was born.

Access to healthy, safe food is the need of the hour. Recently, a 16 year old girl died and 58 others were hospitalized after eating stale shawarma in the district of Kasargod. Later, the tests confirmed serious bacterial infection, presence of shigella that triggers poisoning. When dived deeper into the case, it was found out that the shop was functioning without the proper required license. A week after that, over 200 hotels were shut and large quantities of stale meat and fish was seized in a week-long operation across the state.

The quality of the meat supplied in various eateries across the country, when strongly inspected shows the presence of tsunami meat in sale all around through various outlets. The name ‘tsunami meat’ denotes the leftover, discarded parts of cattle carcasses. Once the leftover meat is added to the fresh meat, it becomes difficult to differentiate. This is the kind of meat that goes into the shawarma rolls which is very popular among the youth. Mostly, these shawarma stalls are set up as an extension of eating joints and are exposed to attract customers.

Few days back, a hotel in Trivandrum was closed when a family found that the food they bought from the hotel was wrapped in a paper containing parts of snake skin. Following the protests that took place, an investigation was carried out only to find that the kitchen was in bad shape and did not have sufficient lighting. All these instances discussed above are just the tip of an iceberg. A lot of these unsafe practices and places go unreported, either due to the ignorance of the public or the capability of the restaurant owners to convince the public not to report. Even if reported, the case is either ignored or dismissed after rapid cursory investigations. If the sale causes someone’s death, there would be protests, hues and cries all over, the guilty would be jailed for a few days and then released. After a few months, the offender starts business again with a different name.

Why is this happening? Whom should we hold accountable? This happens due to the loopholes that exist in regulations and the lack of strong implementation of laws. Unsafe and adulterating practices that go in while preparing food is an offense punishable with an imprisonment which may extend to six months or a fine not more than Rs. 2000 or both. A trivial penalty is the same as turning a blind eye towards this crime. What the authorities must really take care of is implementing stringent punishment to the guilty and the respective officers who accept bribes and shield the offenders. Penalty should be hiked to such an amount which would never provoke them to do the same crime again. To mention the sad fact, it was found that various posts were lying vacant in the food safety department and 41 officers were appointed within a fortnight after the 16 year old girl’s death.

Food makers add adultering items in their produce to increase their profit margin in less time. But what they fail to understand is that this is compromising the health status of every individual from a school child to the senior citizens of our country. Consumption of adulterated food causes gastrointestinal problems, cancer, nervous system diseases, birth defects etc. The destruction caused by endosulfan is still lingering over the Kasargod District of Kerala. The state government should reduce the state’s food dependency and must focus on prioritizing and speeding up agriculture production. The need for organic farming should be promoted among the public. There are also some factors that the consumers and buyers should consider such as the ISI mark, Agmark quality, dates of manufacturing and expiry in the product covers. Only with the equal contribution of the public and the authorities, a severe threat like this could be banished.

How Can Schools Be Inclusive?

Why Are Young People Leaving India?