75 years of independence: How India has progressed in field of education 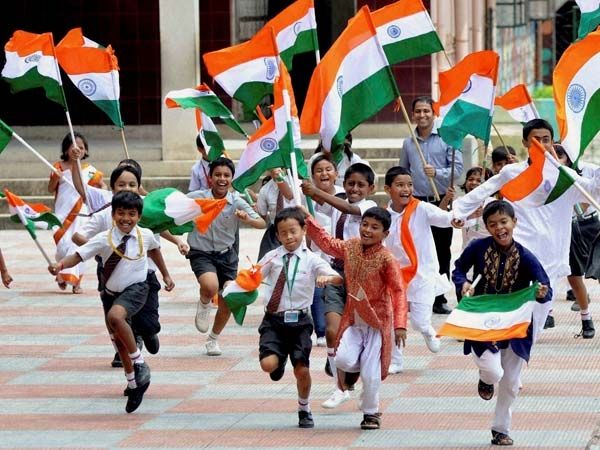 At the time of independence, India was lagging behind on a number of developmental indicators. The British government had not prioritised educating the general population. It was up to the leaders involved in the freedom struggle to deal with these challenges and come up with a way to make India a modern, educated and developed nation.

Despite several hurdles in their way, our leaders succeeded in their aims to a great extent. It was due to their efforts that India could progress from a mere 27 universities in 1950-51 to 1,043 in 2019-20.

Whether it was primary education, growth of schools and universities or other educational indicators, India has progressed in leaps and bounds since it became independent in 1947.

Here is the data on how the nation has progressed in the field of education in 75 years on independence:

Female education was not given much importance at the time of independence. Most people in the country were extremely reluctant to send their girls to school.

However, the situation has changed. According to data by the Press Information Bureau, girls now outnumber boys in school education.

The wide gender gap in the field has been closed off for students in classes I to VIII. For primary school (class I to V) students, there are now 1.02 girls for every boy, a sharp jump from 0.41 girls in 1950-51. For upper primary (classes VI to VIII) the number is 1.01 girls per boy.

The literacy rate in India jumped from 18.3 percent in 1951 to 74.4 percent in 2018. Female literacy saw the most remarkable turnaround in the period, surging from 8.9 percent to 65.8 percent in the same period.

Number of schools and colleges:

Every government of independent India has focused on making educational facilities more available to the general public. The number of schools has increased to over ten times from 1.4 lakh at the time of independence to 15 lakh in 2020-21.

One significant sector that has seen a surge is medical education. The number of medical colleges has increased over 21 times in the last 70 years. From 28 medical colleges in 1951, the number has gone up to 612 colleges.

Another cornerstone of India’s education sector is the National Education Policy 2020 which has been brought out by the current Union government.

The policy aims to revolutionise education in India especially through regional language becoming a medium of instruction in schools.

The policy will also pave the way for an increased role for foreign universities in India.

The benefits of the National Education Policy 2020 will decide where the nation stands in the next few decades.

Share. Facebook Twitter Pinterest LinkedIn Tumblr WhatsApp Email
Previous ArticleLaunch of the Direct Entry Master of Science in Nursing Program at North Park Universit
Next Article NEP Lays Emphasis On Skill That Will Give People Strength To Be Free From Slavery: Prime Minister