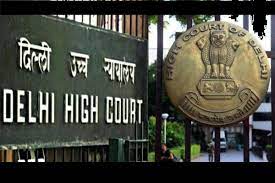 The petitioners, on Wednesday, mentioned the matter before a bench of Chief Justice Satish Chandra Sharma and Justice Subramonium Prasad, which allowed it to be listed for hearing on the next day, the lawyer for the petitioners said.

The petitioners seek to set aside the date fixed for the entrance test and re-schedule it after four to six weeks on several grounds including that the schedule of the national level examinations i.e NEET, JEE, and Central Universities Entrance Test (CUET), is “unorganised” and the same has “caused immense mental trauma and harassment resulting in 16 reported suicides of young students leaving their families in a state of despair”.

The petition, filed through advocate Mamta Sharma, stated that the board examination ended in mid of June 2022 and the students have been forced to prepare for three national-level examinations without getting sufficient time to prepare. “Respondents scheduled National Level examinations CUET, NEET- UG, and JEE in the month of July 2022 having a time gap of 1 or 2 days, wherein the syllabus of all three examinations is completely different,” the petition said.

“(Petitioners are) approaching this Hon’ble Court seeking postponement of NEET UG 2022 by 4-6 weeks to compensate the unfortunate mismanagement faced during the covid times and to allot appropriate time to students considering the peculiar circumstances as though examination held on time in 2021, the results were also declared on time but unfortunately due to the pendency of reservation policy issue before the Supreme Court counselling period got extended for six months,” it added.

The petition asserted that NEET- UG is one most challenging examinations and if it is conducted as per the present schedule, it will cause irreparable loss of one year of education and substantive injustice to lakhs of students. The petition also stated that this year, the notification for NEET (UG) was released only approximately just 100 days before the exam and the examination schedule is unreasonable and arbitrary.

“In spite of being aware about the genuine and legitimate grievances of the petitioners, respondents have failed to take a timely decision in respect of rescheduling NEET- UG 2022 and created a state of confusion among students by not releasing the admit card of the students till 11th of July 2022,” the petition said.

“Aspirant students were under a legitimate belief that their concerns raised through various representations will be considered but to much shock and surprise, respondents maintaining their ignorant attitude have decided to conduct the NEET-UG 2022 examination at the scheduled date of 17.07.2022,” it added.

The petition also highlights that there is a torrential flood situation across the nation and many authorities have already postponed their respective examinations therefore the authorities in the present instance can also be directed to reschedule the NEET-UG 2022 examination to save one precious year of education for aspirants.