Awarded in the famous House of Commons in the UK, the Bharath Institute of Higher Education and Research intends to support 100 meritorious impoverished youngsters from Tamil Nadu in their pursuit of international research. 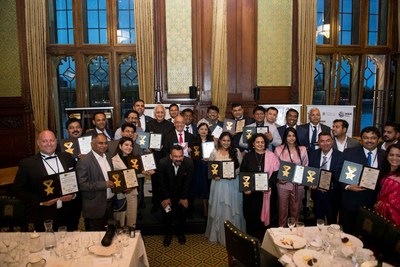 India’s CHENNAI, June 28 /PRNewswire/ — The Bharath Institute of Higher Education and Research (BIHER) received a prestigious prize in the UK after garnering several honours and awards at home. At a recent event held at the UK’s House of Commons in London, the historic structure that houses Britain’s parliament, the deemed-to-be varsity received the Asian UK Award 2022. Dr. J. Sundeep Aanand, President of the Group of Educational Institutions in Chennai, accepted the honour.

Dr. Aanand won the Asian UK Award 2022 for Best Edupreneur for his exemplary record of training countless students and guaranteeing that they land jobs in the top corporations on the planet. Virendra Sharma, an Indian-origin Member of Parliament in the UK’s House of Commons, presented Dr. Aanand with the citation. Salman Khurshid, a former Union Minister for External Affairs and a senior Congress leader, and Sitaram Yechury, a former MP and leader of the Communist Party of India (Marxist), were also present at the awards ceremony. Given its strong NIRF rankings over the past several years, its flagship multi-stream institution, the Bharath Institute of Higher Education and Research (BIHER), was recognised for having one of the best systems for fostering industry-academia interactions.
In addition, Dr. Aanand said that the Bharath Group will establish a programme to support and help 100 eligible, impoverished students pursue research fellowships overseas and, over time, foster intellectual progress for India and Tamil Nadu. “No student enrolled in one of the universities in our organisation should ever feel that a lack of funding prevents them from doing international research. We’ll support underprivileged kids who have brilliant ideas to travel, do research, and make us all proud “said he. The Bharath Group of Institutions currently has Memorandums of Understanding (MoUs) with more than 100 foreign universities, including illustrious centres of learning like the University of California, Berkeley, Cornell University, Harvard University, Auckland University of Technology, and URAL Federal University, among others.

Share. Facebook Twitter Pinterest LinkedIn Tumblr WhatsApp Email
Previous ArticlePerformance Grading Index for Districts for the School System is published by the Education Ministry.
Next Article According to CBSE authorities, technology has marked a turning point in Indian education and would help close the equality gap