The education minister suggests including yoga into the NCERT curriculum. 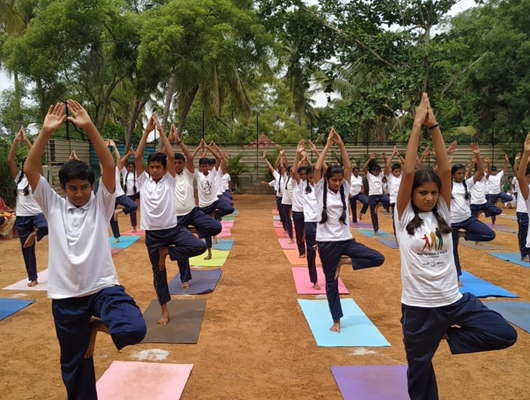 Yoga would be taught from Early Childhood Care and Education (ECCE) to Class XII, according to a recent proposal by India’s Minister of Education, Dharmendra Pradhan. Pradhan asserted that yoga is an integral aspect of one’s health and well-being, as well as physical education, during his speech at the National Yoga Olympiad on June 18 in New Delhi. “Yoga is a crucial component of fitness, wellbeing, and health education. I propose that NCERT include yoga’s age-old teachings into our curriculum. We must prioritise yoga from early childhood care and education through Class XII while we are establishing the National Curriculum Framework “declared the education minister for the union.

Between June 18 and 20, 2022, the National Council of Educational Research and Training (NCERT) and the Ministry of Education together hosted the National Yoga Olympiad. The olympiad attracted around to 600 kids from 26 states, the UT, and other multifunctional model schools from local educational institutions. The minister continued, highlighting the advantages of yoga in the post-COVID world: “Particularly in the post-COVID period, yoga has helped mankind by reducing suffering and fostering resilience. Yoga is bringing people from all around the world together in their quest for wellness.” The minister also emphasised the importance of the National Education Policy (NEP) 2020 placing a strong emphasis on the mental and physical health of both teachers and pupils.

In a statement issued by the ministry, Pradhan talked about how yoga was a gift from India to the globe and how it has gained enormous popularity everywhere since the UN General Assembly agreed to recognise June 21 as International Day of Yoga. The olympics were attended by students from all over the nation as well as senior members of the Ministry of Education, including Professor and Director of NCERT Dinesh Prasad Saklani, Vice-Chairman of AICTE M. P. Punia, Secretary of NCERT Pratyush Kumar Mandal, and Joint Director of NCERT Shridhar Srivastava. The National Yoga Olympiad’s inaugural session was hosted in 2016 by the NCERT.