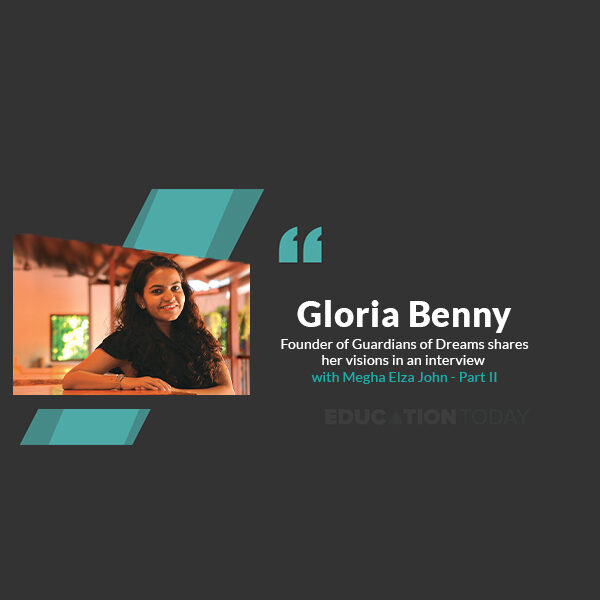 How would you describe your entrepreneurial journey?

One word to describe it would be definitely enriching. I am sure all entrepreneurs, whether successful or not, would say that if they were to go back, they will still take that leap primarily because most entrepreneurial journeys really push you out of your comfort zones and that is where growth happens. You really grow as a person and that has been my journey as well. The decisions have been difficult. Difficult, in the sense that these are not paths that have already been charted out. You have to draw your canvas, make your own path and explain to yourself first why this is the best way forward, explain to people around you and stand your ground in terms of why you do certain things. I would say my biggest challenge would just be explaining the why’s. People often come to us asking why would you do this or isn’t this something that you do in your fifties when you’re secured financially in life. Not just me, my co-founders get these questions as well. We find ourselves repeatedly explaining that we are standing on a lot of privilege and it’s important to start young. The journey has been enriching and it has focused on our individual growth. The question is if I go back a decade and did this all over again, I would do it exactly the same way. It’s just that I don’t see the kind of individual and organisational growth happening if I had not stepped in this program.

What do you have to say to people about acknowledging the privilege bubble they are in ?

I’d say that all of us understand and we do know the privilege that we have. It need not be the same, there could be aspects of your life that’ve been good. Some might be bad but aspects that are good is basically where the privilege comes from. It is tough to explain in words and to convince someone so what I’d say to people would be, it is difficult to understand if you haven’t seen what it is like on the other side which is why I feel volunteering is so very important. Whatever issue it is that you are curious about, find an organisation that will try and give you a space to volunteer. And then actually go on ground, experience life like those people do and that’s when we really understand how much the privilege gap is. There’s only so much we can imagine and it is very different when you actually experience it. I think that is the turning point for most people. I’ve seen this be the case for thousands of young people since I’ve been working for MAD and Guardians for years now. To the young people out there, whether you are deciding to take on anything serious in the development sector, I think immersing ourselves in some of the inequalities that the country goes through would be life changing and it will make us more appreciative of what we have.

Social entrepreneurship is a kind of profession different from every profession out there. There would definitely be a lot of tough personal choices you have made. Was there any situation where you felt this is hard, that this is going to cost your personal life?

Usually what I do is before I take a leap of faith, I kind of play it all on my head and then address whether I am going to be okay with the worst case scenario. If I’m okay with the worst, then there are no real surprises and I know what I’m getting into. Since my decision was based on the worst case scenario that I played out in my head and I was okay with taking that risk, this is not a nagging issue because I’d already thought this through and I knew this was coming. As a general advice for anyone who is looking into doing something that is different, please know that some of the outcomes that you’d achieve are going to be different and as long as you prepare mentally for failures, it would all be fine. Then you go into it bravely.

The foundational challenge would have been to go back to the drawing board and to tell yourself that you’re going to start over from scratch. You’re now putting the problem in the front again and then redesigning the solution right from scratch. It seems a lot like deja vu because you did this at 19 and now you’re doing this at 30. I felt really liberated because I could take another chance at it because a thirty year old’s mind is very different from a nineteen year old, you see so much more in a decade and you understand layers of social issues a lot more. But, at the same time, you literally have to start from scratch. I actually feel being thirty made a huge difference. I feel like thirty is the outer boundary of society’s life trajectory for a woman. After thirty, people don’t know what women do. A lot of expectations that society had of me were all in my twenties. Once you are done with college, you enter your Masters, you get a job, then you get married and have children. This is what usually happens but this entire thing just ends at thirty. Nobody usually knows what to expect of you. So interestingly, I feel like because I started off at thirty, I was done with expectations. That was good because I was doing something that most folks wouldn’t understand and it’s not like there was a counter trajectory that society usually has to offer to women after this age. So I’ve already crossed that boundary.

What do you have to say about your support system?

One of the core of most entrepreneurial success is the people that you assemble around you. I think I’ve been really lucky in finding friends who became my co-founders and my team now as well. We are like family now, we carried each other through some of the toughest times and that’s where my strength comes from. I have a great bunch of people to work with and build this organisation and I think a large part of my entrepreneurial success attributes to them being around.

How has the pandemic affected the organisations? How did you reach people during the covid time?

With the pandemic, as soon as the lockdown was announced, the first thing we did was to reach out to the shelter homes in our network. We work with about 300 shelter homes or orphanages across three cities, i.e., Cochin, Bangalore and Chennai. Instantly, as the pandemic hit, we knew that the walking donors would stop. That’s the main funding source and when the funding stops, the care quality would dip and there would be a crisis. We were able to predict this and we started setting up call centres of our volunteers who would make calls to shelter homes and understand what their situation was and predictably, it was all chaos. They didn’t know how to get groceries and they didn’t know how to manage the funding. Immediately, what we did was to infuse financial aid, we were able to get a few funders on board and support the shelter homes. And that continued for six to eight months of the first phase of the pandemic. When the second wave hit, our main support was to make sure that there were treatments available, paediatricians on call and making sure that the shelter home staff and leadership knew that there was someone around they can call in case there is a crisis and panic. Because they often work in these isolated environments where they have around twenty or thirty children to take care of and no one to call back on. Having children under your roof while the pandemic is going on, is a lot of stress. In a lot of ways, we play that role of being available to them. Many calls from the staff have just been to vent to us in terms of what’s going on and releasing that pressure and anxiety was one thing that our team was able to do. I am reasonably happy with how we were able to provide the safety net for the last two years.

What are the ways in which people can contribute to these organisations?

There are a lot of myths around shelter homes and how us as a community and donors can interact with them. Why I call it a myth is that we go in intending to contribute to the shelter in the most effective way but often tend to influence the areas that aren’t really the best for children. So, if there is any advice that I can put out there as a community for us to interact best with shelter homes would be to go into a home and understand from the leadership what are the areas that they need the most amount of donations for. And, it is often for their staff, it is often for the counsellor who comes in, it is for the tuition teacher that the child needs and it is most often not a meal, not a school bag or not a new shoe. The second way would be if you are buying something and taking it to a shelter home, we’ve noticed that most of the things that end up in a shelter home are mostly second hand clothes or stuff from our homes. That actually has a really harmful impact on the children because they believe that they don’t deserve new things. So if you’re buying or contributing something to these homes, kindly invest in things that are new and make sure to make these children feel special because they don’t get that a lot. These are some of the key areas that we can contribute to and slightly modify the way that we look at children and their homes.