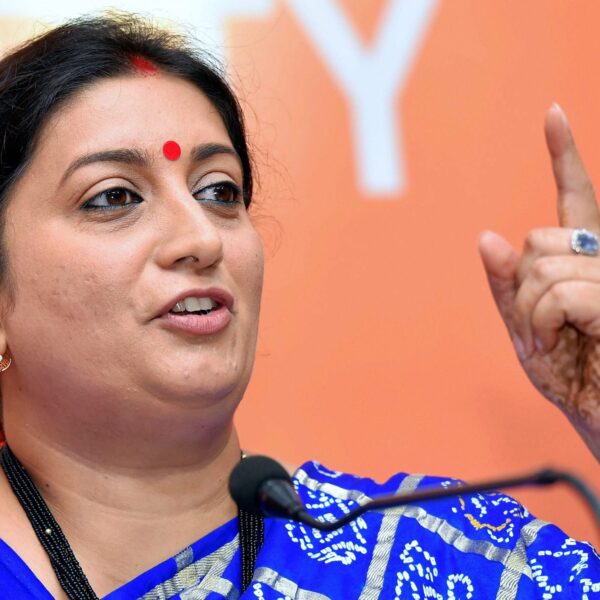 Responding to a question at an interactive session at the Raisina Dialogue, India’s premier foreign policy and geo-economics conference, Irani said there is much that is being done in India digitally and otherwise. She said PM’s DISHA programme has close to 20 million certified digitally literate women in India. “When India went into lockdown, we did not have a single PPE suit in the country and the workforce that made those PPE suit, about 75 per cent of it were Indian women and in just three months we became the second largest exporters in the world and that is an indicator of female potential in Indian manufacturing,” she said.

“We have 6.6 million women who are first responders in the COVID-19 pandemic, be it doctors, nurses, ASHA workers, and Anganwadi workers,” the women and child development minister added. She said under Ayushman Bharat, the footfall of women in hospitals and healthcare establishments in last two years has been 450 million and women who are getting themselves checked for cancer or cancer of cervix, the number is 70 million.

“When you have a government which ensures that their needs are financially supported, they do not withdraw from these services,” he said. Responding to a question on what role can a male and a female leader play in ensuring gender justice, Ms Irani said “a male leader takes you where you want to be and a female leader possibly takes you where you ought to be but a male leader who gives the promise of gender justice ensures that you reach commutatively as a society at a position where women do not have to struggle to be an equal partner in developing your country culturally, financially and becoming a global voice as one”. On the pandemic’s impact on India, she said the prime minister ensured that gender needs are at the centre of policy.