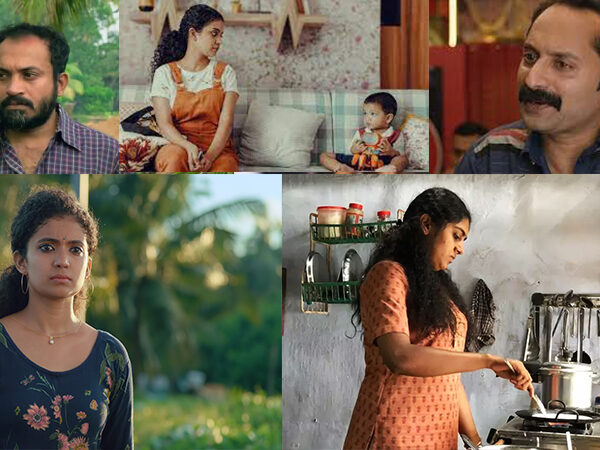 The idea of ‘gender’ is considered to be a fundamental concept constructed as a consequence of social customs and practices rather than sexual differences. There is this expected way of behaviour or a way of conducting themselves,  from every social animal, based upon their assigned sex during the time of birth. This conventional thought of ‘gender roles,’ arises according to a society’s beliefs about differences between the sexes.

A closer look at the term ‘gender roles’ needs a clear understanding of the word ‘gender.’ We often tend to confuse the terms sex and gender without knowing its appropriate meaning. Sex and gender are totally different concepts. While sex is a biological concept, determined based on a person’s primary sexual characteristics, on the other hand, gender is a social construct, based on the values and meanings that people attribute to different sexes.

The cliche garments in pink and blue break the perfect world and forcefully takes the newborns to a preconceived world of age-old conventions. While young girls are enhanced into a room of barbie dolls and teddy bears, young boys are welcomed to a space filled with toy rifles and vehicles. The chivalric male warriors in fairy tales are deemed to protect weak princesses from evil predators. This notion of ‘waiting to be protected’ has driven every form of art till a time but has shifted its course in recent times.

Mass media is seen as the agent of male chauvinism. Visual media such as films use moving images to tell a story and these recurring images create a perception in the audiences’ mind.  Social psychologists suggest that these images often alter the way people perceive social realities and make contributions in shaping the audience’s outlook, including their attitude towards topical social issues. The pattern of images speaking of how ‘female’ is considered the second sex, how women are expected to take care of their families even if that means sacrificing their dreams, how the household chores always fall upon them, how they are expected to be polite and nurturing, how men never cry, the glorified masculine picture of men and how men who lacks this are called ‘effeminate’ etc. cements the stereotypes into an individual’s psyche and is purposefully moulded into the ways prebuilt by the patriarchy.

This article is a piece throwing light on the gender stereotypes, the tip of the iceberg, associated with characters in Malayalam cinemas. By citing a few examples, it tries to shed light onto the graph of change that this film industry has undergone to mention itself as a platform that has a nerve to unlearn.

Madhu C Narayanan’s directorial debut Kumbalangi Nights, which came out in 2019, redefines the patriarchal world views within the family structure and destabilizes popular notions of masculinity. The juxtaposition of the characters Shammi and Saji, played by Fahadh Fazil and Soubin Shahir respectively, drags the movie to another level of slamming the patriarchy, where  ‘the complete man,’ the bearer of toxic masculinity, Shammi is villainized. Whereas Saji is portrayed as a character willing to change for the better. Saji is seen asking for help in order to get out of a troubled phase in his life and cries his heart out while consulting a doctor. Along with addressing the stigma surrounding mental health, the patriarchal enforcement that men don’t cry is shattered by this character and Saji is seen to be working on building the Napoleon household into a ‘home’ for his family. The character Baby, starring Anna Ben, is the only working woman in the patriarchal household. Baby does not brush off Shammi’s toxicity but simultaneously challenges the alpha male.

Jeo Baby’s The Great Indian Kitchen is considered a staunch reply to every family drama that has asserted homemaking as the sole responsibility of women. The gender norms that the patriarchy has infused is criticized thoroughly through the movie. The idea of women becoming mere servants to meet their husband’s daily needs and sexual desires is blatantly addressed in the movie. What makes the film stand out is how Nimisha’s character, in the end, breaks the society’s shackles and leaves her marital home without compromising her dreams and self respect.

In an era where society marginalizes women who choose not to have kids, the movie Sara’s by Jude Anthany Joseph is a laudable attempt in breaking societal norms. Sara, a woman of dreams and aspirations is under the pressure of the human environment she’s living in, to become a mother. This societal pressure is rejected by Sara who goes on to make her film prioritizing her dreams.

Every regional film acts as a miniature format of the society it is made of. The filmmakers of the industry have to feel obligated to produce quality content that affects the people watching in a well meaning manner. Since visual media like movies plays a great role in influencing the masses, it should consider itself as a tool of unlearning.

Is Passion The Only Element You Need?

Make A Career Out of Travelling

Development of Health, Sports and Physical Education in India.