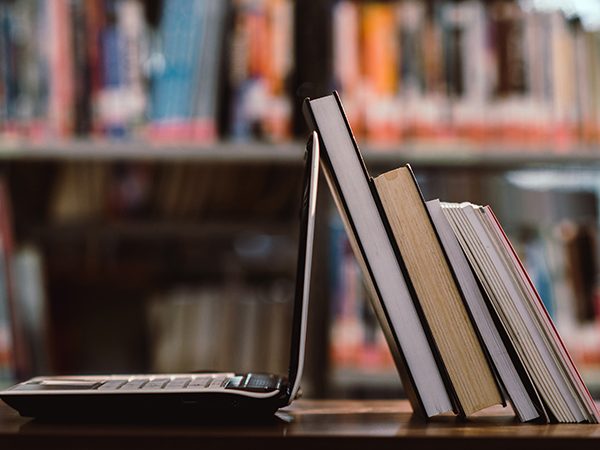 The history of Indian education policy marks its official beginning with the Charter Act of 1813. Three articles were added in this act under section 43 of this act which provided full freedom to missionaries of any European country to visit India to propagate Christianity and to expand education. Before this, the education system in India was not systematic. Muslims went to Madrasas to learn basically Arabic, Islamic Law, simple calculations, etc; whereas the Hindus went to the Gurukulas to learn Vernacular language, Sanskrit, Astronomy, Veda and simple calculations. With the implementation of Charter Act of 1813, the British East India Company opened many schools and colleges throughout British India which laid the foundation of the English system of education in India.

A new chapter in the history of Indian education opened when Lord Thomas Babington Macaulay landed in India on June 10, 1835. He came as a law member of the Governor- General’s Executive Council and soon appointed as the President of the General Committee of Public Instruction. On 2nd February 1835, Macaulay submitted his famous Minute to the Council which was later known as Macaulay’s Minute of 1835.

Macaulay wrote in his minute “we must at present do our best to form a class of persons Indian in blood and color and English in taste, opinions in morals and in intellect,”

His minutes were accepted and Lord William Bentinck issued his proclamation in 7th march 1935 which set at rest all the controversies and led to the formulation of a policy that became the cornerstone of all educational programmes during the British period in India.

Although Macaulay’s Minute receded Indian culture and philosophy to the background and totally neglected vernacular languages, it had few merits. A clear-cut picture of the national system of education in India emerged after Macaulay’s Minute.

Other Educational Policies During Colonial Rule

In 1854 Charles Wood, the then president of the Board of Control of English East India Company, sent a despatch to Lord Dalhousie, the then Governor-General of India. Wood’s Despatch is considered as the “Magna Carta of English Education in India” and contained a comprehensive plan for spreading education in India. It recommended the hierarchy education level- The medium of instruction at the primary level was to be vernacular while at the higher levels it would be English, and Universities on the model of the London university be established in big cities such as Bombay, Calcutta and Madras.

To evaluate the achievements of Wood’s Despatch, a commission was formed under William Hunter in February 3, 1882. It underlined the state’s role in the extension and improvement of primary education and secondary education and the transfer of control to district and municipal boards. The Hunter Commission recommended two divisions of secondary education- Literary up to university; Vocational for a commercial career.

The educational policies during the period of 1883 to1947 were formulated by Lord Curzon’s educational policy, Calcutta University Commission, the establishment of the Central Advisory Board of Education (CABE), the Hartog Committee, Government of India Act 1935 and Sargeant Plan of Education.

“Although many reforms were made in the arena of Indian education, these policies had one constant theme to divide their Indian subjects by religion, ethnicity, and language in order to rule them more efficiently,” observes Dr Raghu Rama Das, Joint Director, Mitraniketan.

The first National Policy on Education was announced in 1968 by the then Prime Minister Indira Gandhi based on the Kothari Commission report and recommendations. This policy proposed the “three-language formula” in secondary education – the instruction of the English language, the official language of the state where the school was based, and Hindi to reduce the gulf between the intelligentsia and the masses. The policy also encouraged the teaching of the Sanskrit language.

With an aim to achieve social integration through ‘special emphasis on the removal of disparities and to equalize educational opportunity,’ especially for Indian women, Scheduled Tribes (ST) and the Scheduled Caste (SC) communities, the government led by Rajiv Gandhi introduced a new National Policy on Education in 1986. The policy called for expanding scholarships, adult education, recruiting more teachers from the SCs, incentives for poor families to send their children to school regularly, development of new institutions and providing housing and services. The P V Narasimha Rao government modified this policy in 1992.

The New Education policy 2020 has replaced the old Education system after 34 long years based on the recommendations of Kasturi Rangan Committee.

“The launch of India’s New Education Policy (NEP), 2020, after a gap of 34 years, with year-long consultations with a large number of stakeholders, is a step in the right direction. While changes in the prevailing educational structure of 10+2+3+2, replacing it with 5+3+3+4 and multiple entries and exit options, are innovative and ambitious moves, they are full of challenges,” delineates Keshav Maheshwari, Whole-time executive, Allen Career Institutes.

The new policy aims to promote multilingualism and life skills such as communication, cooperation, teamwork, and resilience. It also focuses on regular formative assessment for learning rather than the summative assessment.

According to Dr. T V Sajeev, Senior Scientist, Department of Forest Entomology “The new education policy is an exercise in form or content rather than on the content.”

“The school curricula have gone its own way rarely sensitive to the kid. Primary and secondary education has to help the kid to lead a life in which he or she will not be fooled. This is a big responsibility. The running of our democracy is proof enough that this is not happening. At the higher level, students should be able to passionately pursue their subject of interest. What derails this is the fact the education has become an industry wherein investment and returns decide the script of the show. The new education policy would also require a thorough revamp in the COVID and post-COVID times. Restructuring of the content and form of the policy should take care of the following: a) expose students to the diversity of nature, disciplines, professions and world-views, b) teaching the art of critical thinking, c) opportunity to pursue any science, art or language without fear of inferiority, and finally, d) evolving a system based on the individual and not on the State or the industry,” adds Dr. Sajeev.

Is Passion The Only Element You Need?

Make A Career Out of Travelling

According to CBSE authorities, technology has marked a turning point in Indian education and would help close the equality gap

According to CBSE authorities, technology has marked a turning point in Indian education and would help close the equality gap